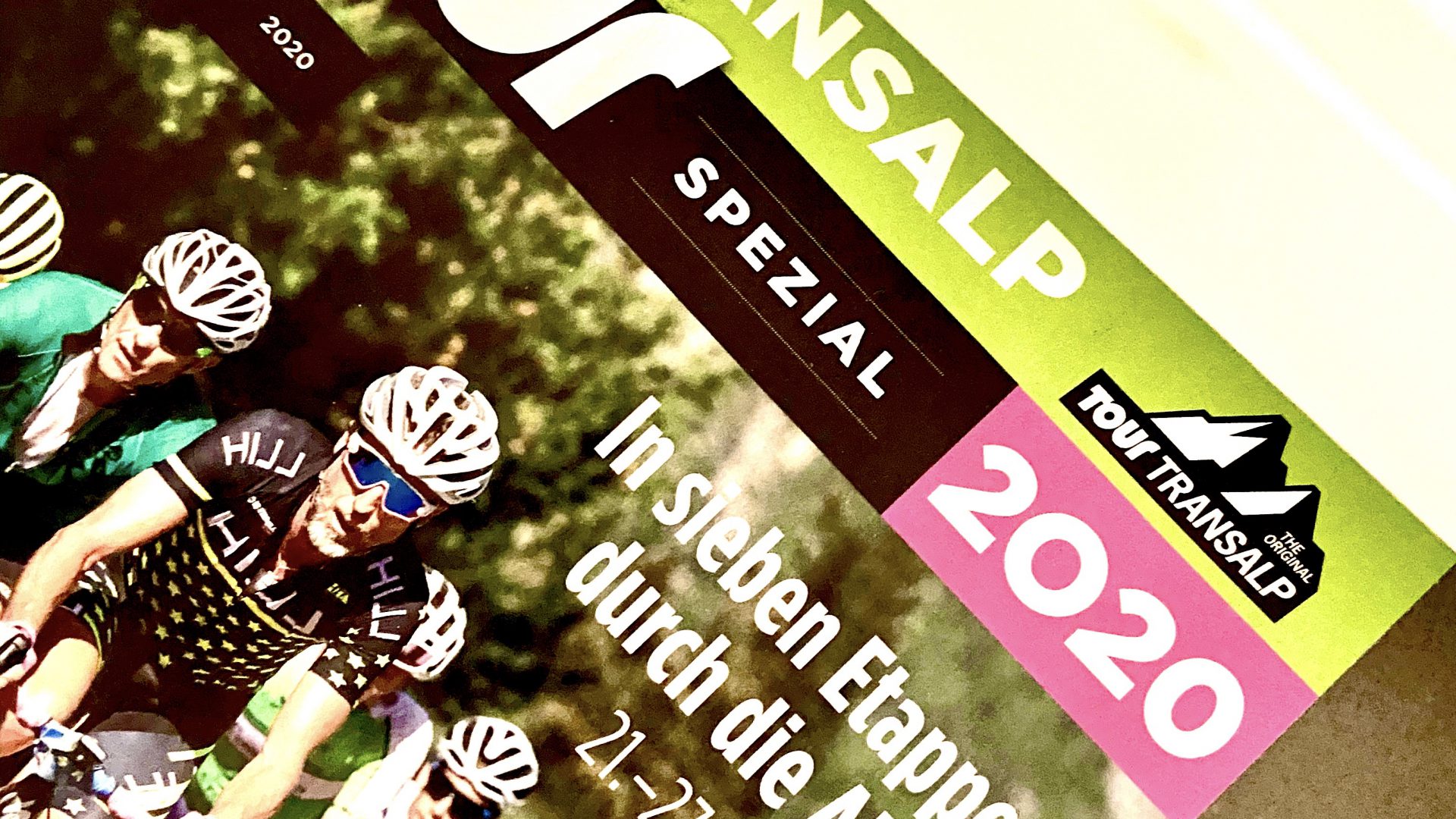 In 2020, I had big plans: The Tour Transalp, together with Pascal. Then came Corona.
For a long time the organizer had been coy to cancel the Race. When Austria’s chancellor Kurz banned all major events until the end of July in early April, and a little later the German government followed suit and added another month – the Tour Transalp still remained quiet. Even when the Tour de France, which takes place later in the year, was moved to autumn, the organisers remained calm. Until the beginning of May, according to the „Update Covid-19“ on the website, the Italian authorities wanted to decide on the event. It may be a coincidence, but then it is a difficult one: as of May 2nd, 90% cancellation costs would be incurred. Some participants have probably already canceled at a level of 50% cancelation costs. However, I consider the arrangement now made to be very accommodating: Until January 31, 2021, you can decide whether you want a refund or take off for 2021.

To be honest, the optimism spread by the organizer for a long time was exactly what I wanted to read: They should do everything they can to make the stage race happen. Since November I had neglected my house, yard and family in order to get my body, which had been shaped by beer and pizza over the years, into racing format in over 288 hours of work. 17,795 meters of vertical altitude meters would be waiting for us on the Transalp. That made pretty much exactly one minute of training for each of these damned meters since November.

But why should Northern Italy, of all countries, which had been so badly affected by Corona, tolerate a multi-day event with about 3,000 participants already at the end of June?
When I was little –  I mean really little – , I was for many years absolutely sure that Santa Claus would exist. The organising agency had claimed exactly that every year. But it wasn’t true, and in the Year of Knowledge it led to the first flagrant disagreement between me and my parents. I was four, and looking back, nothing was the same after that.

Thus, simply believing that the tour will take place would probably not help.

By mid-April at the latest, it could have been clear to everyone that the Tour Transalp would not happen. But the agency is probably fighting for survival, and of course it would be great to be able to get Italian tourism going again a little bit. So there was still this faint hope that in a few weeks it might really work again. Rationally speaking, it was emotional nonsense.

As of today, the Transalp 2020 is finally off the table. And the question is: What now?

First of all the politically correct stocktaking:

My family has remained healthy so far.
I am also healthy.
No Corona. So far. Or at least not that I know about.
I’m not on short-time.
My job’s pretty safe. I hope.
I could do a lot worse. A lotlotlot worse.
And I’m honestly grateful that that’s all the way it is.

I have repeatedly trained my butt sore for nothing and again nothing.
More than 18,000 TSS since November, nearly 9,000 kilometres in the cellar, in the rain, in snow and – well – sometimes in the sun.
I have been able to increase my Threshold Power by 10% since the beginning of the season.
I can now ride for KOMs, which I wouldn’t even have dared to synch to my bolt last year (which actually means nothing).
I have a better grip on my new bike than I ever had on the last one (which means even less).

In short: I’m in pretty good shape by my standards – but because in China someone had bats for dessert, all the work was for nothing. Everything was cancelled. So once again:

Well… That‘ s enough whining. Straighten up, true your wheels, adjust the brakes. Here are my 10 insights on half a year of useless training:

Well. Maybe it’s not so fucked up after all. It could have been worse. I just trained for nothing.

It was still fun.

I’ll get myself a beer now.